H2 Grand Prix Series Blog We Are Almost Out of Time

We Are Almost Out of Time

As the summer of 2022 continues to march on in the Northern Hemisphere it has already reminded us that humanity is almost out of time to save Earth, and ironically itself.  Even before this year in California alone since 2017 the world has watched as fires have ravaged millions of acres of forests.  Those fires left scars on Earth that can easily be seen from space.

However, events that should be impossible or that may only happen in the most extreme cases decades from now have already started to happen. In June of 2021 the Pacific Northwest sphere of North America experienced a heatwave that should have been impossible, or as an article in Nature put it the “heatwave was so far off the charts that it essentially reset the field of research on extreme heat.”   Then in Europe this summer parts of the United Kingdom hit 40.3 degrees centigrade, which climate models predicted might happen a few decades from now.  More than that, multiple parts of the world are experiencing heatwaves at the same time, which further confirms that the world’s climate is destabilizing.

Encouragingly, though, an article in The Economist titled “More than hot air” touched on the fact that Britain became the 12th country last year to release a hydrogen strategy.  In April of this year, Britain not only confirmed that strategy but doubled its goal of 5GW of low-carbon hydrogen production by 2030.  The United States is also in the legislative process presently of passing legislation that funds tax credits for people who buy BEVs and FCEVs, and California continues to invest billions into creating a robust hydrogen economy within the state.

Horizon Educational continues to recognize the extreme urgency of addressing climate change, since we offer the widest selection of hydrogen fuel cells anywhere as well as other renewable energy products.  The fuel cell stacks we offer can be used to replace gasoline engines in lawn mowers as well as turn homes into clean grid-independent refuges.  Additionally, Horizon Educational is looking forward to the start of the 2022-2023 H2GP season in a few weeks, which will see high school students learning about renewable energy and competing to see which team can build the best remoted controlled FCEV.

No one organization or person can repair the damage that has been done to Earth, our home, but by working together we have a chance of learning from our mistakes and putting into place solutions that create a healthy home for all. 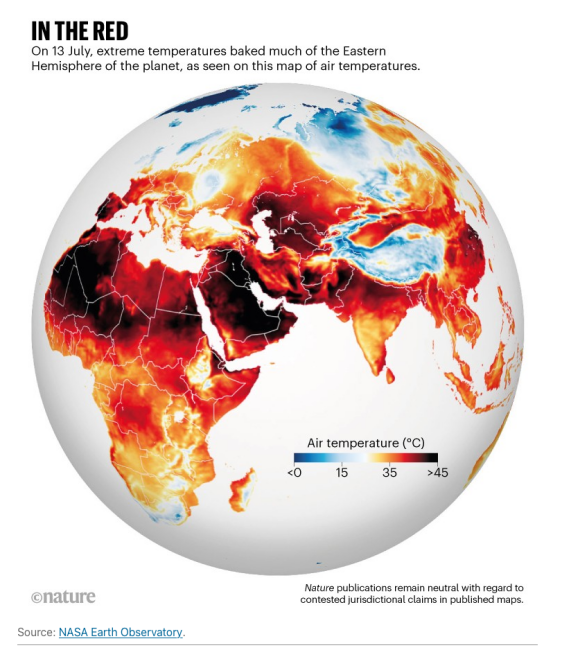