One thing the world does not have enough of right now is hydrogen production, but another method has been developed that enables hydrogen to be captured from flaring gases.  By capturing hydrogen from flaring gases, it prevents harmful emissions from entering the atmosphere.  Furthermore, the only waste the process will produce will be the creation of carbon black, which actually is useful since it can be used in a number of commercial and industrial applications.  This new method for producing hydrogen definitely has the potential to be highly impactful globally, assuming that this new method is capable of being done cheaply.  There are areas of the world that flare gases due to fossil fuel extraction processes, but many of these locations are not near another resource that can be used to extract hydrogen, like water.  Consequently, with the ability to get hydrogen from flare gases it enables hydrogen production to reach even more parts of the world, which is extremely valuable given the massive amount of hydrogen creation needed to decarbonize the global economy.  Please click here to read more about this new hydrogen production method.

In another part of the hydrogen global economy, Ford has recently expressed its belief that fuel cell stacks are the way to go for the mobility sector.  In the near future the firm seems to be focusing on light and medium-duty vehicles, like a pickup truck.  This is another positive step considering that in the United States alone Ford is a top seller of trucks and SUVs, all of which produce excessive amounts of pollution. However, Ford’s belief in the decarbonizing potential of hydrogen fuel cells is also important given that it was only earlier this year when Ford released its F-150 Lightning BEV pickup truck.  If the company does in fact transition away from fossil fuels and battery powertrains for its pickups and SUVs, then this will further strengthen the use cases of hydrogen fuel cell stacks in powering light-duty mobility.  Not that H2GP racers need anyone to tell them about the transformative power of fuel cells, since they are already proving that every day! To learn more about the H2GP please click here, and please click here for more information regarding Ford’s interest in fuel cells. 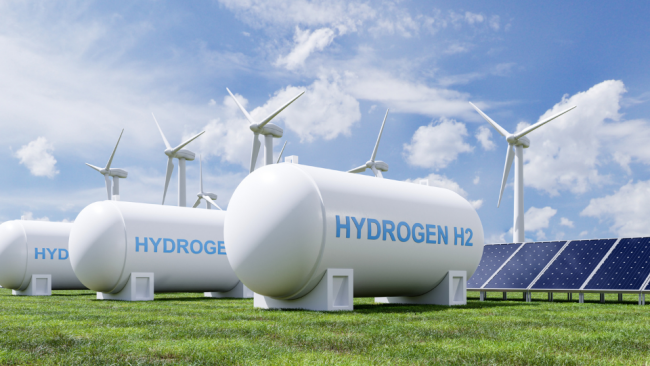