Hydrogen Airplanes Are Coming to an Airport Near You

People used to think the idea of a hydrogen-powered airplane was nothing but a pipe dream. Conventional airplanes have run on kerosene-based fuel since World War II, and while hydrogen is expected to play an increasing role in powering cars, trucks, and long-distance boats, the idea that an airplane could run on anything other than jet fuel was seen as extremely unlikely.

This is now rapidly changing. Although aviation is considered one of the most difficult industries to decarbonize and transition to renewable energy, recent advances in technology have made the once-unrealistic prospect of hydrogen-powered airplanes a reality. Rolls-Royce and easyJet have recently begun testing a hydrogen jet engine, and Airbus have the goal of developing the world’s first zero-emission commercial aircraft by 2035 powered by hydrogen propulsion.

Scientific progress over the past 20 years has moved fast. In 2008, Boeing flew the world’s first hydrogen-powered plane from an airfield near Madrid, Spain. While the aircraft was single-aisle, it proved that renewable energy technology was possible. By 2016 the first four-seater hydrogen plane, built in Germany by the German aeronautical research agency (DLR), lifted off from Stuttgart Airport. With the more recent positive moves from Airbus, easyJet and Rolls-Royce, it looks likely that in the next 10 to 20 years hydrogen-powered airplanes will be flying on routes around the world.

In fact, a 2020 European Union report estimated that hydrogen-powered passenger planes will be flying on journeys up to 3,000 kilometers (1,864 miles) by 2035.

‘That means on European soil, you could connect all the big cities in Europe using hydrogen-powered planes’ said Dr Bart Biebuyck, executive director of the Clean Hydrogen Partnership. ‘By 2050, the ambitious scenario is that 40 % of the (European aviation) fleet would be powered by hydrogen.’

Reaching these goals, however, depends on continued engineering and scientific development. New hydrogen storage tanks will need to be developed to carry enough liquid hydrogen onboard these airplanes. New ways of transporting hydrogen to airports will need to be devised so that planes can be refuelled directly on runways, and aircraft interiors will need to be redesigned in a way that integrates all the necessary systems and tubing to run commercial planes on hydrogen.

STEAM education will prove essential in developing the engineers needed to tackle these challenges. A future workforce that not only has the STEM skills to solve engineering problems, but the confidence to think outside the box, ask questions, and learn from mistakes will prove vital in building the future technology needed to power hydrogen airplanes to airports around the world. 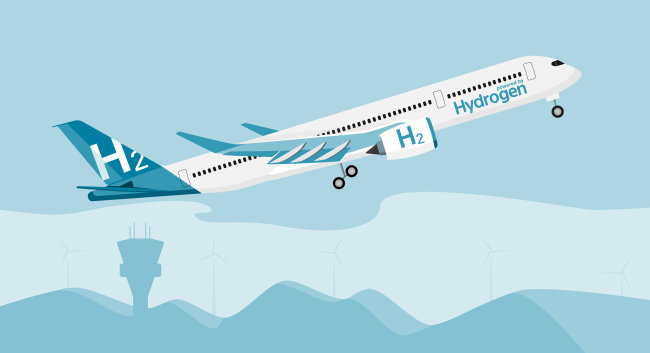