EVs at the California Automobile Museum

On June 27th Horizon Educational attended the opening of the EV exhibit at the California Automobile Museum, and as one would expect the exhibit had a lot of history.  Most of the vehicles on display were BEVs including a GM EV1, a 2001 Nissan Hypermini, and a Rav4 with a Ni-MH battery that was made about 15 years ago.  However, there were a few FCEVs on display including a 2011 Honda Clarity and Nissan FCEV that was also built about 15 years ago.

The museum also included some late 19th century history that reminded people how bad things were during that time.  Back then cities had to work very hard to remove horse manure, since carriages and wagons were pulled by horses which, like all living creatures, produce waste.  Unfortunately, often not all of the horse manure could be removed and certainly the urine that the horses produced could not be removed, which meant that cities had a very strong odor.

The event was attended by quite a few people from the BEV and FCEV communities, and the guest speakers included Dr. Alberto Ayala and U.S. Congresswoman Doris Matsui.  (You may remember Dr. Ayala since he was one of the California government officials who conducted the investigation into Volkswagen over its claims a few years ago to have created a “clean” diesel engine.)

In his speech, Dr. Ayala pointed out that the heat California experienced today is a reminder that climate change is real and that vehicles produce most of the pollution on any given day.  Congresswomen Matsui mentioned that “electric vehicles are totally capable of handling our ever day needs,” and she also reminded the audience that electrifying car fleets soonest is critical.  The environmental damage that has already been done is encumbering children and grandchildren today, and climate change is no longer a distant issue.

The Sacramento Clean Cities Coalition helped to sponsor today’s event, and the diligent Tim Taylor was also there to ensure a smooth program.

Perhaps the most notable takeaway from today’s event is that educating everyone outside of the hydrogen and fuel cell industry is still one of the greatest challenges that faces the industry today.  We have created BEV and FCEV technology, and we have also refined it to the point where today’s Mirais and Nexos are as capable as any vehicle with an internal combustion engine.  But unless BEV and FCEV stakeholders work together and educate the rest of the people on this planet, we will continue to be constantly threated and encumbered with all of the negative consequences that comes from using fossil fuels.  Knowledge is power, but knowledge only comes with being educated.  This is why Horizon Educational’s mission and its H2GP Explorer, Sprint, and Endurance programs for K-12 students remain essential to securing a clean tomorrow. 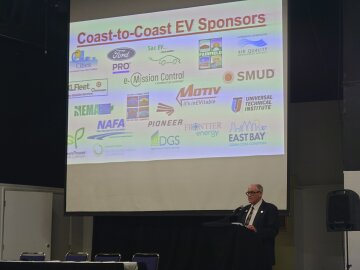 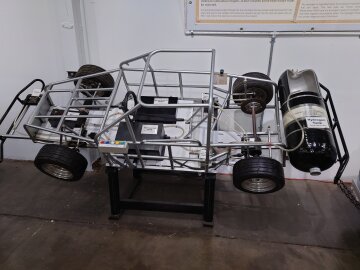 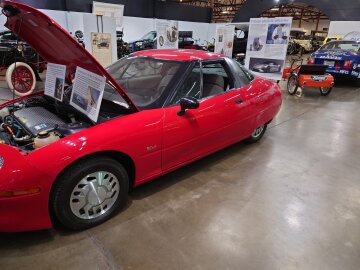