First launched by Horizon Educational back in 2016, H2GP is a unique after-school program where students learn about renewable energy technologies as well as design and build remote-controlled hydrogen fuel cell electric race cars. Run over two terms, the program culminates in the student team from Pimlico SHS competing against twenty other teams from across Australia in the Australian Finals to take place in Gladstone in April 2023.

“Ark Energy is helping our sister company, Sun Metals Corporation Pty Ltd (Sun Metals), decarbonise and become one of the first refiners in the world to produce ‘green’ zinc. We’re also developing the SunHQ Hydrogen Hub located at Sun Metals, which will produce and dispense green hydrogen to power five 140 tonne rated hydrogen fuel cell electric trucks that will operate between the port and the refinery. We are excited about the high-quality jobs that will emerge across the hydrogen value chain. The time to start building the knowledge, skills and expertise in renewable energy technologies and hydrogen is now,” said Mr Kim.

Ark Energy Corporation Pty Ltd is an Australian subsidiary of Korea Zinc Co. Ltd., the world’s largest producer of zinc and the first major refiner to join RE100 and commit to powering its global operations from 100% clean energy by 2050. Korea Zinc has a proud 25-year history in Australia through the Sun Metals Zinc Refinery and Sun Metals Solar Farm in Townsville and is the largest private sector employer in North Queensland. Ark Energy’s mandate is to decarbonise Korea Zinc’s supply chain. It aims to be the safest and most competitive producer of green hydrogen in the world and a major exporter of green hydrogen from Australia to Korea. The company’s development portfolio includes approximately 9,000 megawatts of early-stage wind and solar projects across Queensland, New South Wales and Tasmania. Phase 1 of its SunHQ Hydrogen Hub (SunHQ) in Townsville is the first hydrogen project in Australia to be jointly supported by the Australian Renewable Energy Agency (ARENA) and the Clean Energy Finance Corporation (CEFC). 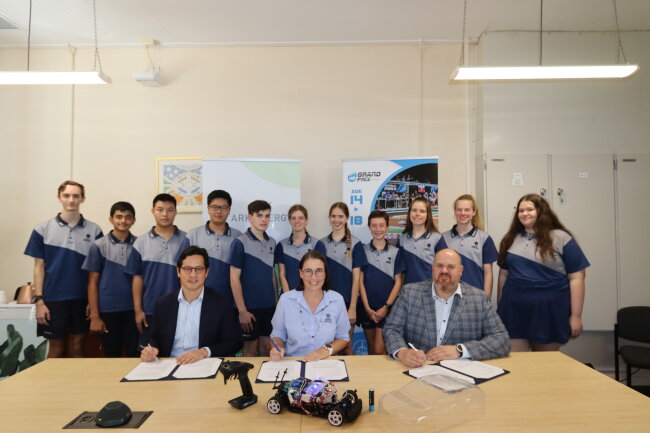 Ales Rakovsky said Horizon Educational is delighted to bring its H2GP to Australia.

“We have been very encouraged by the strong response we’ve received from leading industry players and schools across the country. H2GP is the only program that enables students to develop a practical understanding of renewable energy technologies, enhance their critical thinking and learn to work effectively in a team as they compete against like-minded students from other schools. Horizon Educational is committed to cultivating the skills required for the energy transition. We look forward to partnering with Ark Energy and all of our partners to make Australia’s inaugural H2GP a huge success,” said Mr Rakovsky.